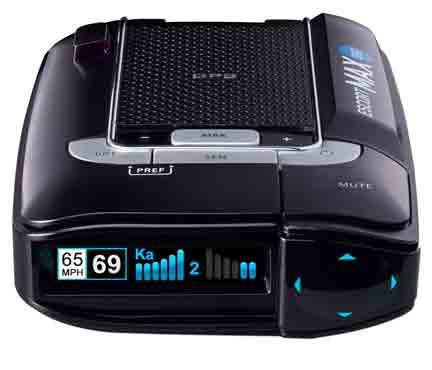 We agree with Mike’s assessment that having a successful defense starts with good intelligence but would add that it is of greater importance to gain the edge about your enemy you must have superior technology to outwit your opponent.

Because of this Escort has developed a new radar detector from the ground up, the Passport Max 360.

Knowing Where Your Enemy is Hiding

Is your enemy in front, to your rear or flanking you from the side?

One of the most important things you need to know about your opponent is where they are hiding.

The Valentine One provides you this information by having dual front and rear facing antennas and their arrow display on the front of their detector.

Escort has Significantly improved on this concept by adding these additional features and benefits:

Instead of using older LED lights used by Valentine, Escort chose instead to use a high definition OLED display.

This enables the Max 360 to logically display all the information you need quickly without having to scan and squint at small blinking red lights.

Another benefit is that the Max 360 has bi-lingual (English/Spanish) voice alerts instead of hard to distinguish tone alerts.

This feature enables you to be a safer and more aware driver, as you don’t need to take your eyes off the road.

The Passport Max 360 includes a Bluetooth chip set, which taps you into the Escort Live community.

Here your Max 360 will share notifications with other Escort and Beltronics users and you will be notified of:

The Passport Max 360 is also GPS equipped enabling it to

Updating your Passport Max360’s firmware and Defender database is a snap.

Just download the Escort Tools program to your PC or your Mac, connect your Max360 to your computer using a USB cable and download the updates directly to your detector.

Save Now on Your Purchase of the Max 360

You can save as much as 10% on your purchase on select detectors by becoming a member of Radar Roy’s VIP club now!