Possession of a Radar Jammer is a Felony! 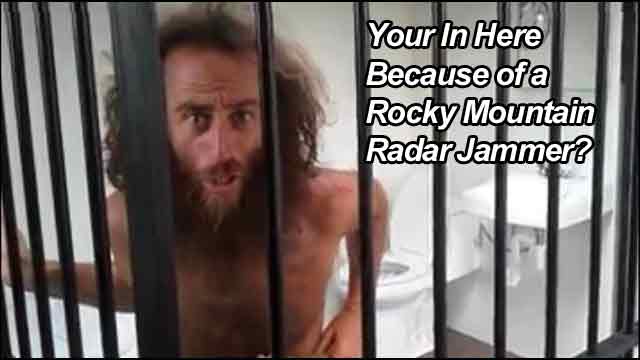 The Federal Communications Commission (FCC) banned the sale and use of radar jammers in December of 1997.

At the time an FCC spokesman said “the action sends a clear message to all manufactures that the FCC will strictly enforce its rules to prevent harmful interference to police radar“.

This law covers both active and passive radar jammers.

If the FCC finds that you willfully and repeatedly interfere with radio signals by using a radar jammer, you could pay as much as $11,000 for each violation (up to a total of $75,000) and/or you could be sent to jail.

Both manufacturers and jammer owners are culpable.

However, this appeal has no enforcement teeth by the FCC.

Radar jammer commercials by Rocky Mountain Radar were found to be illegal by the FCC and radio stations were forced to remove them,

Laser is light, not radio waves so this spectrum is not regulated by the FCC  but by the Federal Food and Drug administration and there are NO FEDERAL LAWS prohibiting you in jamming police laser.

Get Something that Works and is LEGAL!

If you want protection to avoid expensive speeding tickets then we would recommend that you check out Radar Roy’s radar detector and laser jammer reviews on his website RadarBusters.com.