Speed Measurement Laboratories and RadarJammer.com contacted Radio Shack and gave them a heads up on selling and promoting a product that: 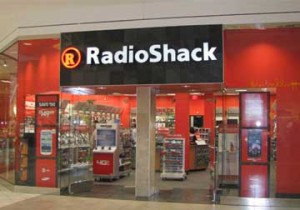 A private testing venue was set up for Radio Shack executives by SML, in which they came out and saw first hand that these devices did not work.

Shortly after this test, Radio Shack stopped selling the products from RMR.

Evidently, someone in Radio Shacks purchasing department never saw the memo regarding this test or Radio Shack executives have decided to put profit before customer service and support, as they just started selling the RMR – C450 and the RMR – C430 radar/laser detector/scramblers from their website!

In response to Radio Shack’s decision to again sell RMR products, we have sent this letter to the Federal Communications Commission.

Subscribers of RadarDetector.net, the largest consumer forum for radar detectors on the Internet, have posted the following messages regarding Radio Shack’s decision to carry the RMR products again:

“How much money does one of these cost. I sware if they are expensive im going to buy one and get the better business Bureau and sue there @$$” xXCrutuczeXx

“First of all, RMR has a long history of false advertising. I’m very surprised that Radio Shack would risk associating themselves with such a company.” time2fly

“I love how some people from here (me included) did reviews and rated them 1 star. Now all the RMR detectors only have a 1 star rating” cooljay